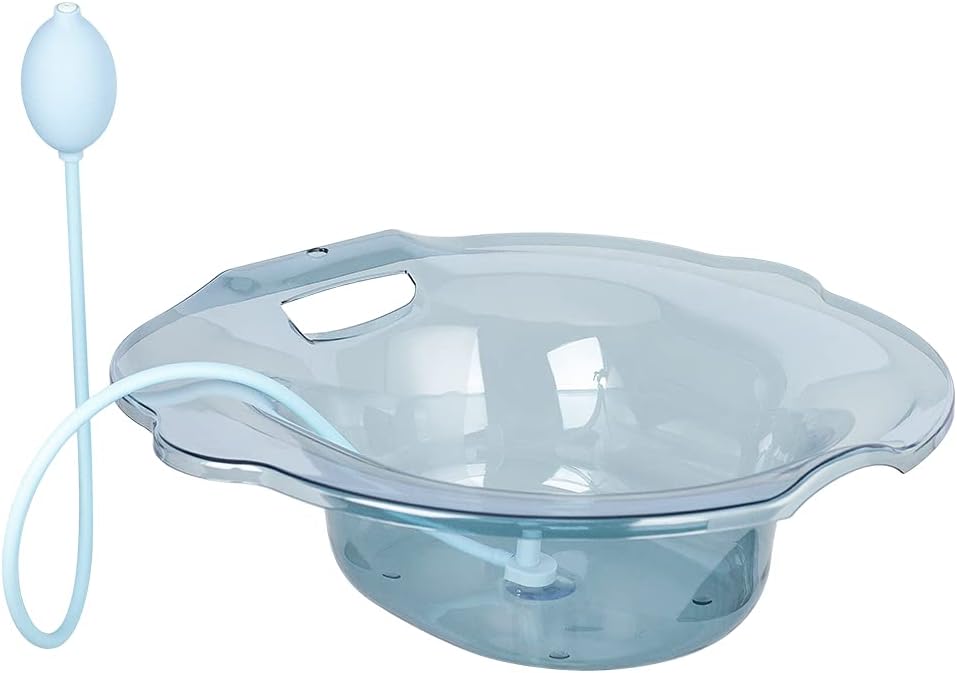 ADVANTAGES OF OUR SITZ BATH
1. Made of PET environmentally friendly material, high temperature resistance, no peculiar smell, and not easy to deform.
2. Deepened design to get a better soaking.
3. Widened edge of the sitz bath for toilet seat, smooth and comfortable.
4. Suitable for most shapes of toilets.
5. Anti-overflow hole design to prevent water from overflowing the ground. In addition, you can easily drain water through the anti-overflow hole by holding the handle.
6. Hanging hole design for convenient storage. You can hang the sitz bath on a hook on the wall to save space.

SUITABLE FOR MALE/FEMALE
It can be used for hemorrhoids treatment, postpartum care, vaginal cleansing, perineal soaking and prostate massage, etc.

AFTER-SALES SERVICE
Due to long-distance transportation, the sitz bath may cause friction and scratches, but the it will not affect the use. If the product is cracked or damaged after receiving the product, please contact us and we can resend or refund.